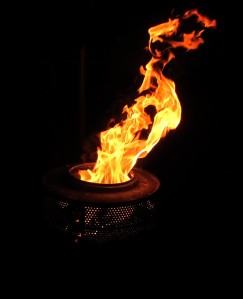 Selfishness can appear in the sexual, financial or emotional domains and can have an effect on practically any other area of married life. (The worst is most likely when a person withholds him- or herself out of selfishness).

While you have to try and stretch your money and groceries, there is always enough money for their hunting trips or cigarettes. Or although you try to reduce water and electricity costs, they are out buying clothes and luxury items all day.

Sometimes one may start displaying selfish behaviours after the loss of something or someone that is deeply valued, and now he/she clings and acquires – in an attempt to control what remains. For others, it is a life-long battle that shows itself in certain situations; such as with some only-children where “mommy’s boy” or “daddy’s girl” is indulged/spoilt. It could also be a habit which initially slipped by unnoticed but has spread and started to appear in many situations.

Selfishness in a marriage results in everybody losing: the one is restricted from his/her rightful share and the other experiences more and more conflict and/or rejection.

A wedge is thus thrust into the marriage and the two which had merged as one, gradually tear apart into two separate fragments. It is important to portray – in a mature manner – how the selfishness presents itself in various situations. A plea can be made that this unity was promised before God on the wedding day.

Many people who become selfish, do it unknowingly (at a conscious level) and are astonished and confounded as they are made aware thereof.  Some may naturally respond with defensiveness and rationalization; however this should be addressed through loving conversation. The relationship can actually be strengthened through focusing on the camaraderie and togetherness, rather than polarization.

One response to “SELFISH”